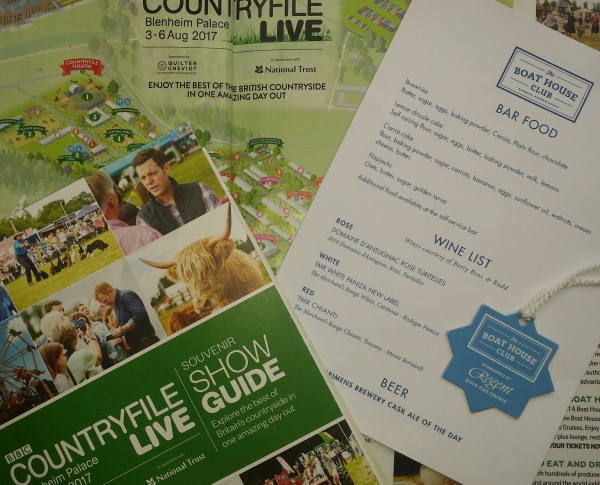 Having been an avid viewer of the BBC Countryfile programme for the past thirty one years this year I could choose which of the hugely successful Countryfile Live shows to visit.

Viewers in the North of England may have found Oxfordshire to far to travel for a day trip to the show but now they have an opportunity to visit Castle Howard to catch the second of the summer shows.

After the hugely popular and successful first two appearances on the summer `country` festival calendar, I am very much looking forward to the latest Countryfile Live Show at Blenheim Palace. Improvements to the transport arrangements in and out of the site, a much more efficient car parking system, a new, bigger and taller platform at the Countryfile Theatre and the introduction of the prestigious Boat Club, alongside many other small changes and tweaks made the second year show, a much bigger and better event for all visitors.

During the referendum debate the BBC moved an episode of Countryfile to an earlier slot because of a special Brexit edition of Question Time and thousands of the shows average 1.7 million viewers complained.

The popularity of the programme continues to grow with 9.7 million viewers tuning in one February evening making it the most popular programme on British TV. Popular with the Royal Family, Princess Anne and Prince Charles have both appeared on the programme.

The stunning stately home and magnificent grounds of legendary landscape gardener Capability Brown is the ideal setting in which to highlight the best of the Great British countryside. Blenheim Palace is the home of the 12th Duke and Duchess of Marlborough and the birthplace of Sir Winston Churchill. This World Heritage site boasts more than 300 years of history and houses one of the finest antique collections in Europe. Situated in more than 2000 acres of landscaped parkland, lakes and formal gardens.

Countryfile Live` is an event which allows visitors to enjoy every aspect of the British countryside and gives visitors the chance to meet their favourite Countryfile presenters Up-Close, peek into Adams Farm and watch several exciting live arena shows including a Gun Dog Display, a BMX Stunt team, Terrier racing, Falconry Display and a Six Horse `Shire` Display team amongst many. 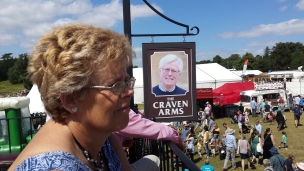 Add into the mix a collection rare breed animals, demonstrations of the latest farming machinery, outdoor fun for kids, hundreds of food and craft stalls to shop from, the best of British food and drink to sustain visitors throughout the day and you have a wonderful day out.

Not only was it an educational and informative day but a lot of fun for the whole family to enjoy. I enjoyed a refreshing drink at the picturesque village pub `The Craven Arms` named after its longest serving presenter John and took a stroll down Baker Street! I was unable to watch the birds of prey display in the central arena but I did manage to get up close to several fine raptors such as the Giant Eagle Owl and my favourite the beautiful Barn Owl in the wildlife Zone alongside Bees, Moths, Butterflies, ferrets, polecat, rabbits and Ants!

New to this years Countryfile Live is The Summer Party. Hosted by BBC Radio 2’s Bob Harris. THE SHIRES,the UK’s biggest selling country act of all time headline the evening, supported NEWTON FAULKNER and FERRIS & SYLVESTER. The party kicks off at 6pm in the Countryfile Experience area and promises to be an evening full of fun, food and of course, music. With an array of bars and variety of delicious street food on offer, it will be the perfect way to enjoy a summer’s evening. 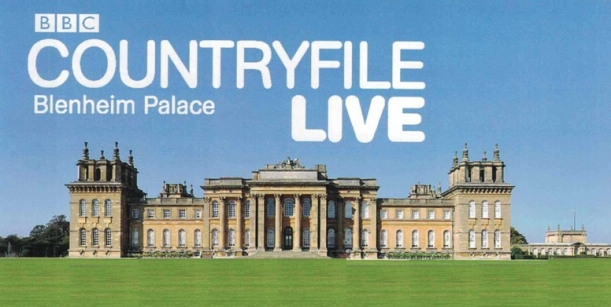 The central arena shows were especially entertaining and informative including the Dog & Duck Show which introduced several sheepdogs being put through their paces herding a flapping flock of Ducks and a display showing gun dogs working alongside their two legged friends illustrating a typical working day. I particularly enjoyed watching the powerful and majestic Shire Horses demonstrating that these versatile working animals are still contributing today in both forestry and agriculture in many ways. I have been buying the Countryfile Calendar every year since 2009 when it was decided to feature the best twelve photographs from the photographic competition which had started in 1990 to help raise money for Children in Need.

It was impossible to visit the show without tasting an ice cream because there were several of the nation`s best ice cream producers on site as part of the `The Great British Ice-Cream Parlour`. Having recently spent some time in glorious Devon, I visited the Award Winning Salcombe Dairy and savoured a delicious, Dulce De Leche! A thick caramel blended with creamy Devonshire ice cream to make a gorgeous, lip- smacking, sweet `cold` ice cream.

There was also a fascinating collection of modern and old agricultural working vehicles on display including a demonstration of a harvest `baling` machine. Watching the farm hands rake out the cut straw and the machine thumping and baling the straw together into neat tidy bales reminded me how far agriculture has developed and progressed within the last century. The latest computer technology, tiny micro-chips and huge tractors illustrated how farming has changed for ever.

I dropped in to The Big Barn to listen to the programmes current and former weathermen, Tomasz Schafernaker and John Hammond respectively, talk about aspects of presenting the `CountryFile` Weather for the Week. This short section of the programme, we were told, has more viewers than the X-Factor! Some viewers tune in just for the weather! 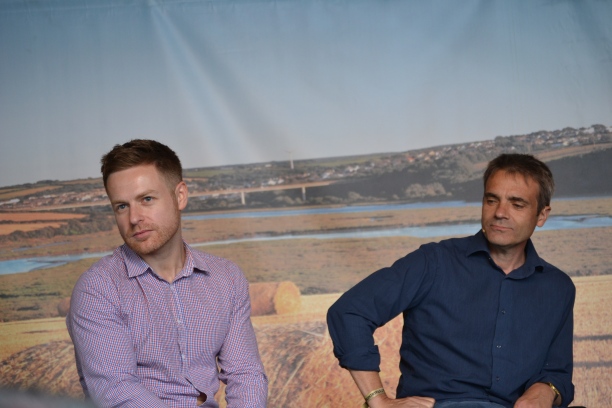 As well as the funfair, animal magic and consumer activities the important issues affecting the countryside today were also being talked about in the `Quilter Cheviot Theatre`. Topics this year ranged from, `A Post – Brexit Vision for Farmers, Businesses and Communities`to `A lifetime in Racing` In conversation with Jonjo O`Neill.` Visitors were also invited to take part and air their views alongside the recognised experts in their field.

With so much to see and do it was not long before I needed to sit down to eat and take on board some liquid refreshment. I visited `The Craven Arms` which provided the perfect spot for relaxing on the roof top terrace. The choice of food around the site was vast. Every type of street food was available from Cuban sandwiches, Portuguese barbecue meats, Indonesian vegetables, gourmet burgers, handmade Scotch eggs, grilled cheese sandwiches to real Italian pizza.

At the `Food Heroes Kitchen` I got to meet Masterchef Brian Turner who kindly posed for a photograph as well as providing me some very useful culinary tips for my next dinner party. There were so many wonderful creative items to browse over in the Craft Heroes tent it was very easy to purchase an early Christmas present for my wife. I could have selected a Hand-woven basket, a piece of beautiful jewellery, a perfectly formed piece of furniture, soft beautiful textiles or incredible ceramic pieces. I finally chose a small fabric brooch showing a countryside scene which included poppies. 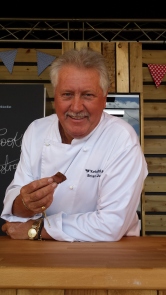 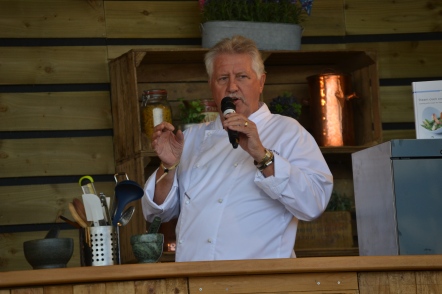 For the children or adults there was lots of fun active activities to partake in including The Vintage Fun Fair. I resisted the temptation to take a plunge down the Helter-Skelter, ride the Victorian Carousel, feel sick on the Flying Chair-o-Planes or take a spin on Ferris Wheel but many visitors were enjoying the rides.

One of the big innovations for this year was the opening of Countryfile`s very own `pop up member’s club` The Boat House, sponsored by Regent Seven Seas Cruises®, which was located on the banks of the River Glyme, next to a beautiful old stone bridge and pontoons on the water.

As a Boat house club member I was able to drive onto site at a special VIP entrance, have my own dedicated parking space close to the main entrance and then was given fast track entry into the show. I was able to avoid the queues and felt very relaxed on arrival. I was also given a goody bag containing a souvenir show guide and a bundle of goodies from some of the exhibitors at the show.

Lounging back on the comfortable sofas and chairs was a wonderful way to wind down with a glass of wine or prosecco and a few snacks. The views from the lounges were stunning and sitting outside I could watch some of the visitors fishing on the river opposite. There was also a restaurant area, bar, cloakroom, toilets all designed to make my stay as comfortable as possible.

Later in the day I went to the CountryFile Theatre to watch a `Close -Up ` with John Craven, Anita Rani and Tom Heap, and found myself being whisked past the lengthy queues to my ringside seat despite, having arrived with only 15 minutes to the start of the show! The show was very well put together with the presenters answering questions from compere and impressionist Jon Culshaw and a light hearted game between sections of the audience. The young acrobatics and tightrope walker were all very impressive but I would have liked to have heard the presenters answer more questions about their experiences on location for Countryfile.

There were lots of other activities I unfortunately missed across the showground, simply because there was so much to see and I couldn’t be everywhere at the same time, but overall I thoroughly enjoyed the event and I would recommend my friends visit the show next year. 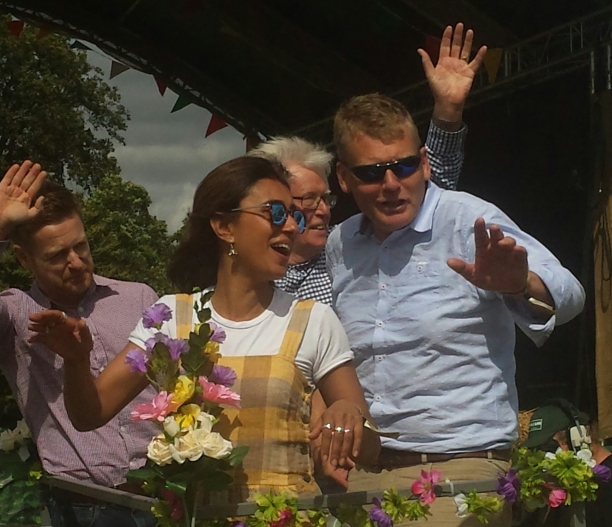 A successful `second year` event; everyone who went this year will have had a great time! The organiser has tweaked a few things this year to make it even more successful and I am already looking forward to the third CountryFileLive next year. 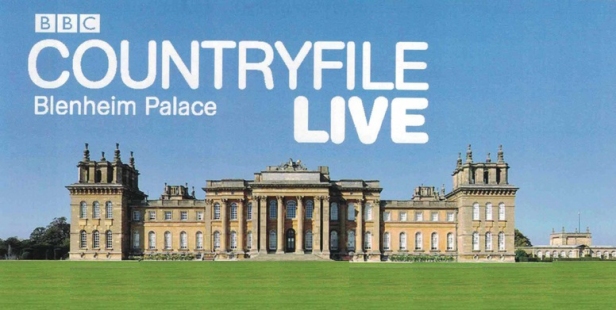 If you visit The CountryFileLive event as a result of reading this blog please mention The Travel Locker.

If you LIKE this review of The CountryFileLive event

Disclaimer: I was invited to CountryFile Live as the guest of SME London Ltd, but the views expressed in this blog, are my own.

Photographs: Most of the photographs are taken from the Countryfile Twitter account or are my own. If I have used your photograph and you would like me to give a name credit please contact me ASAP.

One thought on “The Best of Britain`s Countryside”