What really hit me as I looked out over this beautiful city was the complete lack of high rise buildings and office blocks. I had started the day early, taking a short ride on the number 13 bus along the quiet banks of the River Arno to the Piazzale Michelangelo for what must be one of the best skylines in Europe – Firenze. 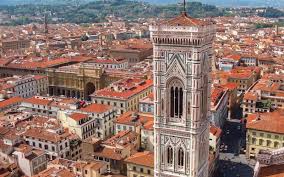 I was told by a passing Florentine that many new buildings had been built after the bombings of the Second World War but the architects employed to repair the damage to this historic city were instructed to create new buildings which were in harmony with those of the Medieval and Renaissance periods which still make up the heart of this city – the Prince of Wales would have had nothing but praise for their endeavours! 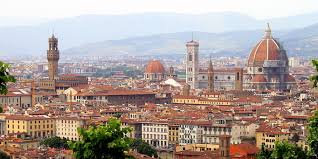 The Duomo dominates the scene, the huge dome rising above the cluster of tightly packed streets and houses topped with red – tiled roofs which appear to cling to its sides.

Having seen the film, I was keen to pick out the famous landmarks across the city and this was the best spot to do it.  I could clearly see the Palazzo Vecchio, a pinnacle like tower reaching for the heavens from the clamour of the city and to the left I caught sight of one of the most famous old bridges in the world, the Ponte Vecchio, where for centuries the Silversmiths and Goldsmiths shops have stood. 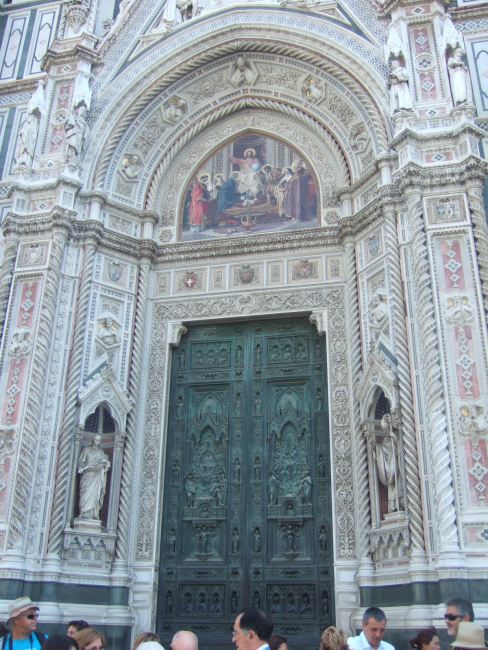 Florence is a large city but it feels small because many of the major museums and churches are within easy walking distance of one another, a point not lost on me in my advancing years! 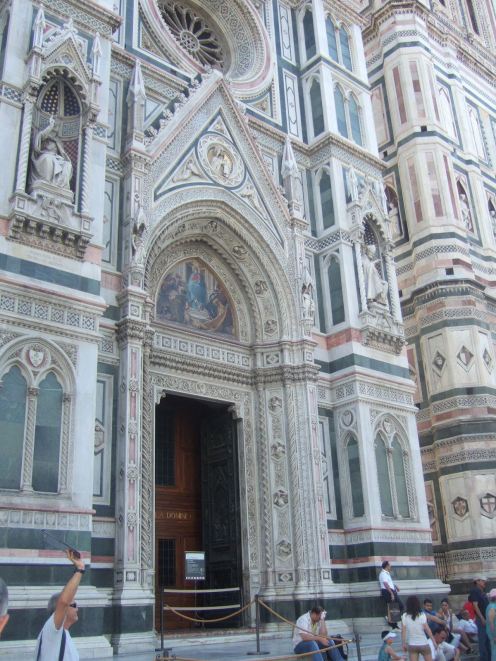 I later ticked off the Duomo from my ‘to see’ list but to be honest it was a little disappointing down at street level, as the exterior has been badly affected by the continuous flow of thousands of vehicles passing around its walls.  The pink, white and green marble is covered in many years of pollution, large grey and black stains are evidence of years of neglect. It must be said that there have now been attempts to clean up the buildings since my last visit.

I was adamant that age would not stop me climbing the 414 steps to the top of the Campanile which is over 278 feet high and I was soon rewarded for my efforts with a stunning panorama of the city in all directions, even though I was a little tired! 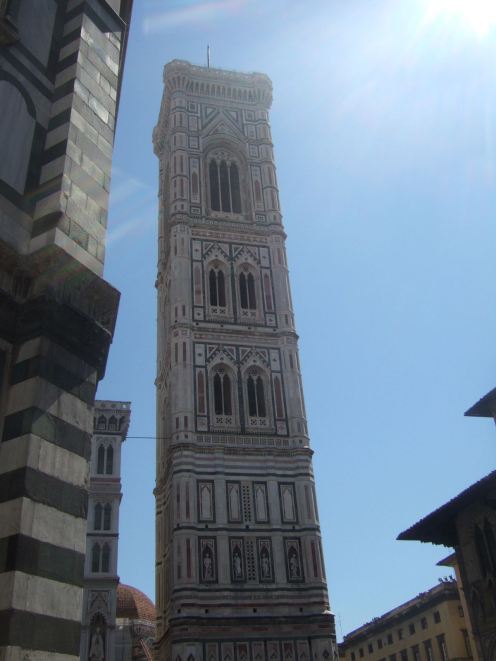 I gave myself three hours to browse the Uffizi galleries, they are second only to the Vatican museum as the centre of Renaissance paintings and sculptures. The ‘Primavera’ and ‘Birth of Venus’ by Botticelli and Titians ‘Venus of Urbino’ were the stars of the show for this particular culture vulture.

Florence has hundreds of churches well worth the visitor’s attention, but I decided to limit myself to a selected few. The most beautiful in my opinion is Santa Crose. This Gothic church is monumental enough, but there are also 300 tombs and cenotaphs including Michelangelo’s tomb, designed by Vasari in the late 16th century. 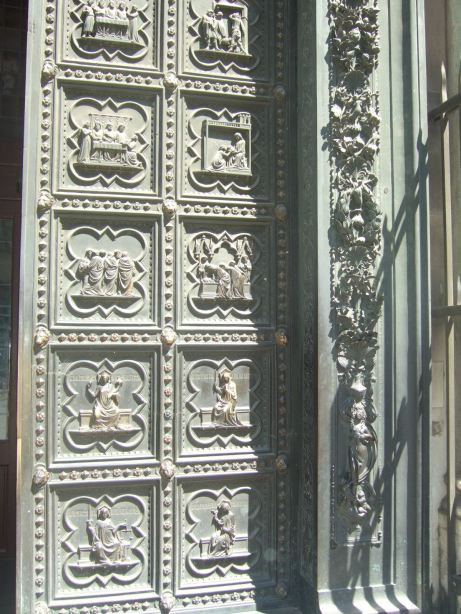 There is also a fascinating leather shop with wares made by students of the church’s own leather school.  I found this to be a great place to buy some essential holiday gifts.

Santa Maria Novella is also worth a visit, but check the time of opening as I have yet to find a guide book that gives its real opening times. Once in, there are some wonderful frescoes by Filppino Lippi and wooden crucifixes by both Giotto and Brunelleschi.

The crowded streets and the heat quickly forced me to take respite in one of the many superb restaurants the city boasts, a tasty Carbonara washed down with a few glasses of chilled Frascati revitalised my body and soul ready for the big one. 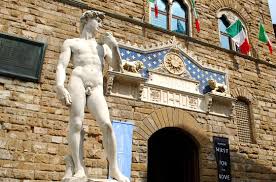 The Galleria dell`Academia was the top of my list and I was not disappointed. It is here I came face to face with Michelangelo’s original ‘David’ preparing for battle – a truly heroic and masterful piece of sculpture.

The ‘David’ dazzles due to its enormous size and colour but some of the smaller pieces such as the ‘Pieta’ are fascinating because they gave me a glimpse of the way in which Michelangelo set about working these huge marble blocks.

The only other way to experience Florentine life is to visit the markets and wander its myriad of small streets, soaking up Florence both at work and play and that’s exactly what I did next.  In no other Italian city have I found it so easy to achieve such a satisfying holiday break than Florence. 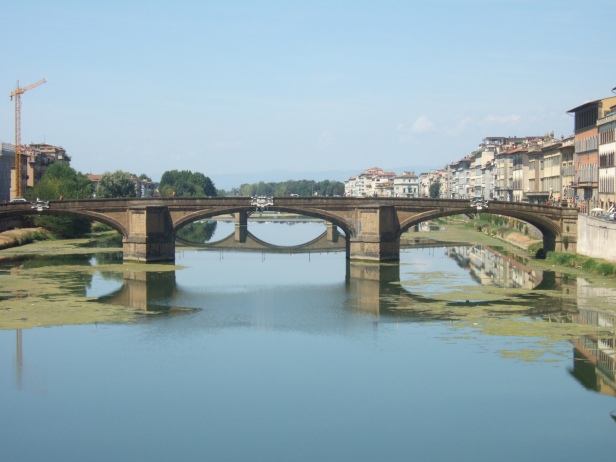