Craig Revel Horwood directs & choreographs a sparkling new musical written by Warner Brown. Following its first UK tour in 2017, Dusty Springfield musical Son of Preacher Man is back on the road and set to arrive at Coventry’s Belgrade Theatre. Written by Warner Brown and directed and choreographed by Strictly Come Dancing star Craig Revel Horwood, Son of a Preacher Man runs at the Belgrade from 13-17 February.

The story begins in the 1960s at swinging Soho joint the Preacher Man, where kids danced the night away to the latest crazes and dared to dream of love, while the legendary owner – the Preacher Man himself – dispensed advice to cure the loneliest of hearts.

Years later, however, all that remains are the memories, stories and myths – that is, until three lovesick strangers find themselves inexplicably drawn to the site of the original venue. Generations apart but all in need of help with their hopeless love lives, the trio seek out the Preacher Man’s son who, with the help of the wonderful Cappuccino Sisters, might just find it in himself to channel the spirit of his father and give his guests the guidance that they seek.

Leading Black-led theatre company Eclipse kickstart their pioneering new writing scheme Revolution Mix with a Spring 2018 tour. Following their successful tour of Lorraine Hansberry’s classic A Raisin in the Sun in 2016, the UK’s foremost Black-led touring theatre company Eclipse return to the Belgrade this February with an innovative new play by rapper and beatboxer Testament.

Spearheading Eclipse’s ground-breaking new writing programme Revolution Mix, Black Men Walking tells the story of three middle-aged men who find themselves travelling further than any of them expected when they set out for a walk in the Peak District. On the first Saturday of every month, Thomas, Matthew and Richard walk through the Peaks as part of a local walking group.

But on this occasion, it turns out the rest of the group have cancelled. As they set out alone, they soon find themselves embarking on a dangerous journey, and begin to wonder if they should have stayed at home as well. Forced to walk backwards through 2000 years of history, they encounter supernatural elements and the spirits of their ancestors, and explore what it means to be both Black and British today. 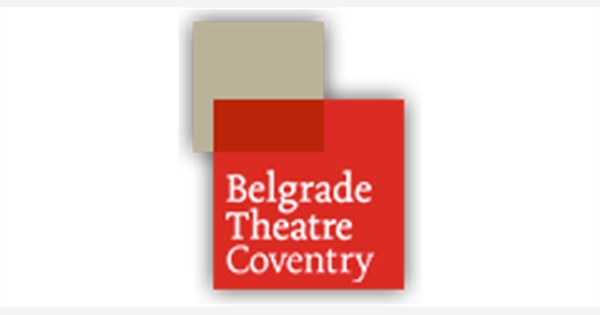 Blending dramatic storytelling with original music, the play is inspired by the Peak District’s real-life Black Men’s Walking group, and is the first production to come out of Revolution Mix – the largest ever national delivery of Black British stories produced and performed in regional theatres.

The C-Word: A Pacifist’s Guide to the War on Cancer comes to the Belgrade Theatre

Acclaimed theatre-maker Bryony Kimmings & Complicité Associates reinvent their bold new musical for a three-stop UK tour in 2018. This February, Coventry’s Belgrade Theatre will be one of just three UK venues hosting a brand new tour of Bryony Kimmings’ innovative musical A Pacifist’s Guide to the War on Cancer. Following its world premiere in 2016, the show is fully reimagined for a brief national tour before heading out to Australia.

Presented by Complicité Associates in partnership with the National Theatre, A Pacifist’s Guide to the War on Cancer will blow everything you think you know about the condition out of the water. Despite growing national awareness of the illness and its many forms, candid conversations around cancer remain few and far between – something Kimmings and her collaborators hope to change.

This powerful production highlights the messy, sometimes funny and often devastating reality of cancer, looking behind the poster campaigns and pink ribbons to uncover newfound friendships, pain and death, mundane treatment cycles, hairlessness and scars… complete with an original score.

Following the earlier announcement of The Voice finalist Lucy O’Byrne as Maria and EastEnders and West End star Neil McDermott as Captain von Trapp, Bill Kenwright has now revealed full casting for its forthcoming UK tour of The Sound of Music, coming to the Belgrade Theatre Tuesday 6 until Saturday 10 February 2018.

Star Lucy O’Byrne returns to the iconic role that won her rave reviews in the 2016 UK touring production of the show, The Scotsman declaring her “quite possibly the best Maria since Julie Andrews herself”. Since making history as the first classical singer to reach the finals of The Voice in 2015, she has gone on to play the coveted role of Fantine in Cameron Mackintosh’s record-breaking musical Les Misérables in the West End.

The Sound of Music tells the true story of the world-famous Trapp Family Singers, from their romantic beginnings and search for happiness, to their thrilling escape to freedom as their beloved Austria becomes part of the Third Reich at the start of WWII. The unforgettable score features some of the most memorable songs ever performed on stage, including ‘Edelweiss’, ‘My Favorite Things’, ‘Do-Re-Mi’, ‘Climb Ev’ry Mountain’, ‘So Long, Farewell’ and of course, the title song, ‘The Sound of Music’.

If you visit the Belgrade Theatre as a result of reading this preview please mention The Travel Locker.